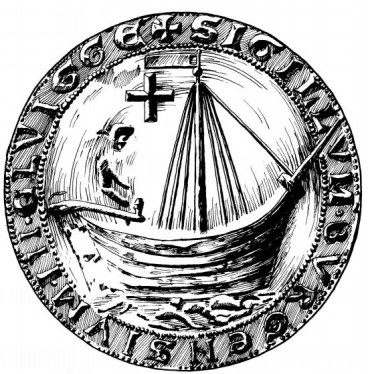 Hanseatic League – the mysterious name, that previously was a rarely find outside subject literature, celebrates its return to the European stage for forty years now. This happened in 1980 when in the Dutch city of Zwolle the 1st Congress of the New Hanseatic League took place, with representatives of 43 cities that formerly belonged to the League. That is how the idea was born to go back to the common history and traditions of the Hanseatic League.

It was decided to continue all the best traditions of the League, concentrating firstly on the broadly understood economic and cultural cooperation. The meetings take place every year in different city, in memory of the tradition of the Hanseatic parliament the Hansetag and the medieval fairs. In many towns of former League a numerous historic buildings in form of churches, city halls, cloisters, townhouses, or economic buildings still attest to the rich and turbulent history of those towns.
These buildings, together with the interesting customs are a perfect magnet for attracting tourists who want to find the shadow of the fascinating past, by moving, if only for a while, to another, medieval and mysterious world.
How did it all begin? How was the League formed? What was it, what were its aims? What remained of it to date? 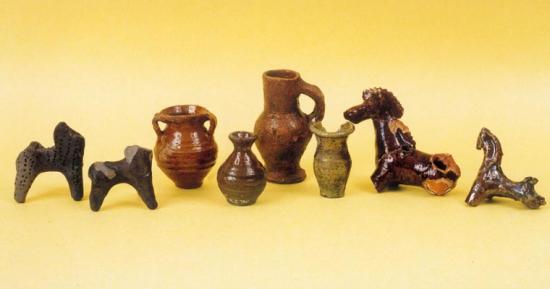 Genesis of the Hanseatic League

The 1241 agreement of Lübeck with Hamburg, to defend the cities from attacks of sea robbers on the merchant ships, gave rise to a League called the Hanseatic, that in 14th and 15th century became a military and economic power of the northern Europe. In its origin it was an association of German merchants, that in 14th century was transformed in an association of towns, a highly original and unique creation in the history of Medieval Ages. Other towns started to join. In its height of power almost 200 towns and cities were associated – from Lonton – through Flanders – up to Novogrod the Great.

The Baltic Sea played an immense role in the organization, forming an important trade route between western and eastern Europe. And numerous coastal towns became the strong economic centers.
The four main cities of the kontor were: London, Bruges, Bergen and Novogrod the Great, and the unofficial capital – Lübeck. Cog – the characteristic merchant ship of the northern Europe – from 9th to 15th century – was the symbol for many towns and was frequently included in their seals. The basic activity of Hansa was the long distance trade. Transport Associations were formed, modern port and trade technologies introduced, legal conflicts judged. And even great conflicts settled with use of League’s won armed forces – e.g. the Swedish throne conflict of the late 14th century. In 14th and 15th century the organization was an undisputed ruler of the Baltic and North Seas, creating a peculiar might. Starting with the second half of 15th century the influences of the League were gradually limited, and the numerous armed conflicts weakened its political and economical role. The dominance of England on seas from to end of the 16th century, and the religious Thirty Years’ War /1618-1648/ sealed the fate of the Hanseatic League. The last meeting of the representatives of just over ten towns and cities took place in 1669 and it was clear then that the League found its destiny. The organization ceased to exist. But one thing is certain. The existence of Hanseatic League for over 300 years had a tremendous influence both on the towns and cities at the Baltic and North seas, and those further down the land. It triggered their dynamic economic and cultural development, shaped the specific culture of the “Hanseatic towns” of the northern Europe.

Life in the Hanseatic Elbląg
The political and economic ties of Elbląg and the League caused the very intensive growth of economic exchange with numerous regions of Europe. Elbląg saw the import of large number of stoneware vessels from Germany, beautiful Mauritanian products from Spain, pitchers of French wine, table and kitchen ceramics from the Netherlands, England and northern Scandinavia. Of course the locally crafted ceramic is also present in large numbers. An incredible collection, both when it comes to its quality and numbers, of the skillfully made glass products. Beautiful cups and glasses are the slender, so called flute wine drinking vessels from Germany, the Netherlands or Bohemia.

A priceless finding, connected with the intellectual life of old Elbląg, are the 24 wooden tablets, covered with wax on both sides, with traces of texts of merchants’ accounts and exercises in rhetoric of one of the students of Elbląg school. The collection of eight medieval musical instruments is also unique, including a gittern, vielle, flutes and pipes, and their state of preservation amazes. The 15th century binoculars with green glasses in horn frames are a real sensation. Silk textiles, very costly at that time and thus probably destined for the richest townspeople were brought in from the Mediterranean region.
Devoting some of their time to entertainments the inhabitants of Elbląg played dominoes, trick-track – which is proven by numerous playing pawns, dices, even loaded dices. The marvelous collection of child’ toys – both those made in Elbląg and those brought from distant places throughout the world is admirable.
In the spirit of the Medieval Age the inhabitants of Elbląg made pilgrimages to European sanctuaries. They pilgrim signs from  Santiago de Compostela, Maastricht, Köln or Rome attest their religious and spiritual ties with Medieval Europe. The seeds and stones of exotic plants also proved their extensive trade contacts. As early as in 13th century the town imported, among others figs, chestnuts, pepper or even nutmeg from Near East. The wealth of the Hanseatic Elbląg is not just the luxurious objects, but also thousands of daily items: scissors for cutting off candle wicks, wooden sandals for walking on muddy streets, leather notecases for storing wax tables, Medieval grass hockey stick, a leather belt with brown decorations, and many, many others. The townspeople liked to surround themselves with objects that made their lives more convenient. Just as today. Of course not all inhabitants of Elbląg were wealthy. The representatives of populace and plebs also live here – as in every other Town. And it is exactly that social, professional and nationality differentiation that created the specific climate of the town. The Germans, Poles, Old Prussians and Dutch inhabiting the town created its unique character. Over 200 cities and towns from 16 countries belong to the New Hanseatic League today, with the obvious leader of Lübeck. The cooperation, mainly regional one, that the New League recalls to in practice, aims mostly at the revival and reconstruction of the spirit of the former Hanseatic towns. Based on local traditions it is to develop mutual economic, cultural and tourist contacts. It was initiated in 1980, that is well ahead of all the political changes in Europe. And again, as in Medieval Ages, the activity of the League is international. Quarter of century of its existence resulted in creation of a network of new economic connections, a common strategy from protection and renovation of historic monuments, rebuilding historic town centers, or turning our attention to the importance of environment protection, the clarity of Baltic waters, completion of common ecologic projects. Elbląg – member of the New League since 1999 perfectly fits the activity of the association. The large scale archeological research in Old Town and the rebuilding of its historic center, organization of meetings that refer to the Hanseatic past of the city, or the environmental protection, are all actions connected with the best traditions of the old Elbląg. That is why we refer to the League in our current actions – this first, historical European Union? It is a fact that the current Union is the successor of the League. And the answer can be just one. We return to our roots, as “the past is our future”.
– Grażyna Nawrolska 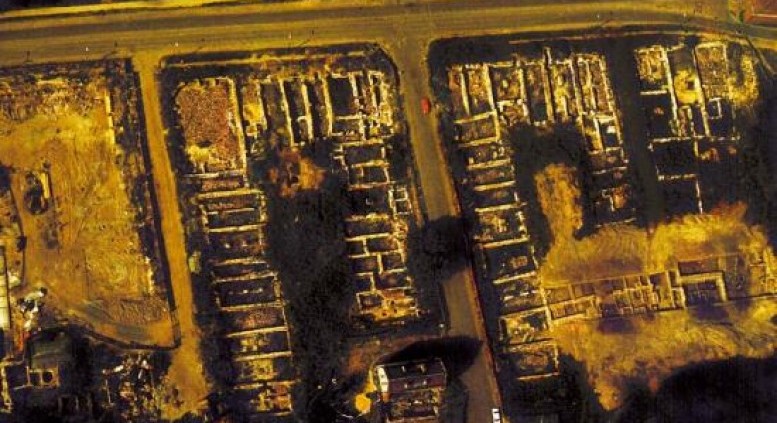 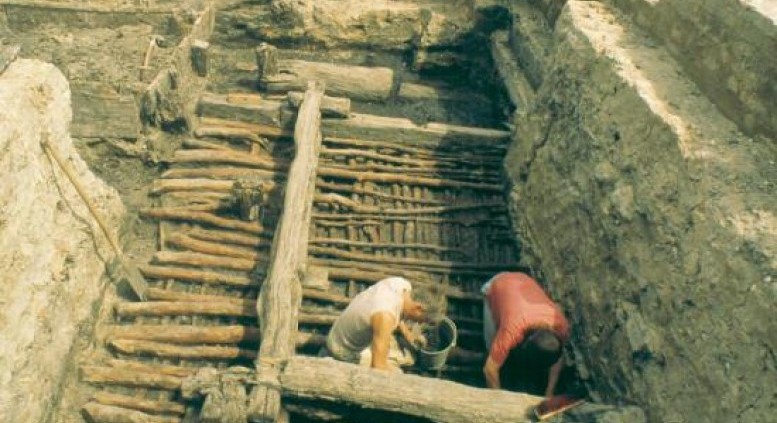 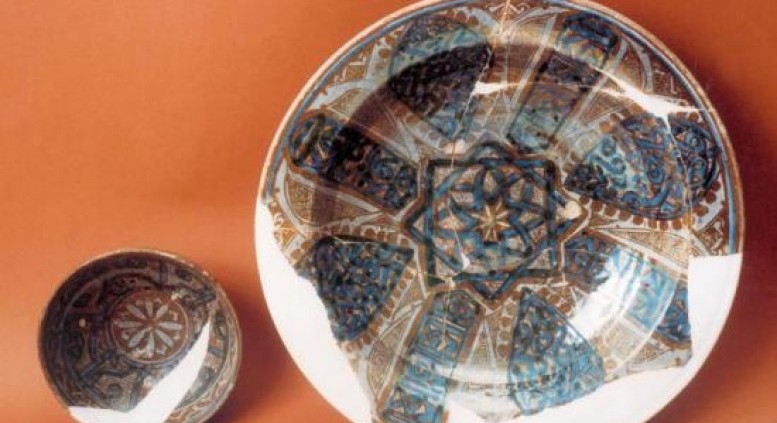 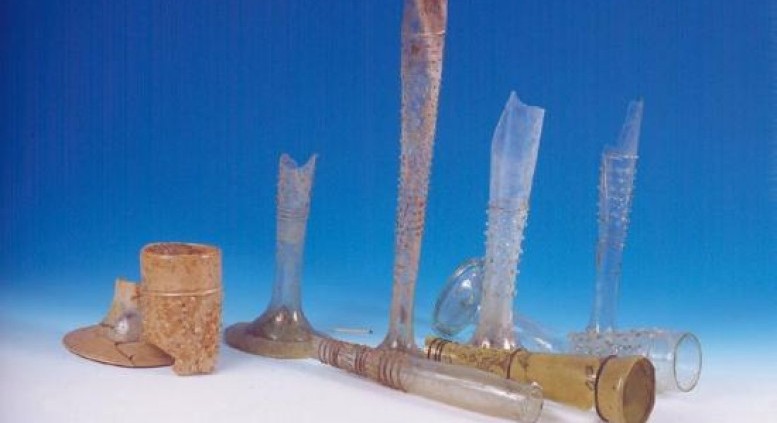 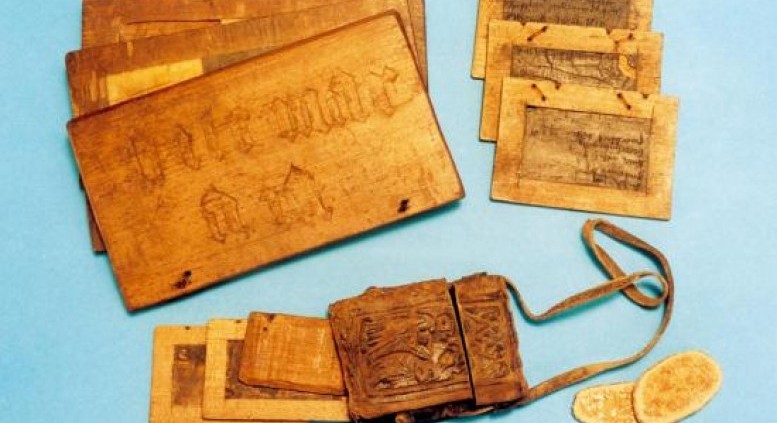 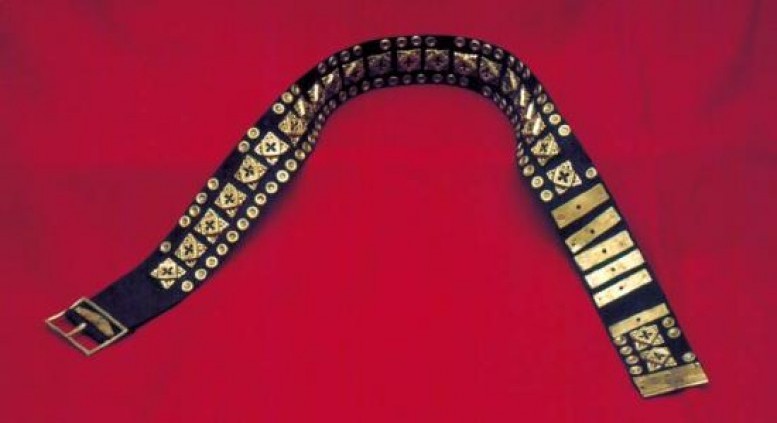